So, I did indeed think about starting this post off with a “Diane, it’s 6:22 pm. I’m sitting in front of True Burger here at Pearson International Airport in Toronto.”

“If you ever wind up up in Terminal 1 with a few hours to kill, Diane, you could do a lot worse than a True Burger ‘skinny combo’. That’s one of the two combos that they have to offer here, the other being a ‘true combo’. The difference betweeen them is simple, Diane.

“The True Burger ‘classic is two large patties of beef equalling, by my estimation based on the ‘skinny’, which is a singly pattie that I did in fact order alongside fries and a diet soda, a half pound of meat. Diane, I don’t know about you but the idea of sitting on an airplane for nearly five and a half hours with a half pound of meating rolling moving through my digestive track is simply not too appealing.

“Total cost of the ‘skinny combo’ was $12.36. Paid with credit card, and I did not tip. Diane, it boggles my mind why credit card machines offer a tip option even in situations where nobody has actually done anything that would translate into service. Now you know me, I have no problems tipping, and I’m certainly willing to go above and beyond the 15% polite society often deems acceptable. But when I pour my own cup of coffee or someone simply hands me my meal across a small divide, well Diane, as they say in Las Vegas, no dice.

“Should my plane leave on time, it looks as though I’ll be arriving in Seattle at roughly 10:40 pm. That’s Pacific time. I’ll be spending the night at an airport hotel, since I don’t believe traveling all the way to North Bend at that late hour would be a prudent move. Plus, as the song goes, I don’t know where I’m going.

“However, I do anticipate that once I arrive in North Bend for the Twin Peaks Festival, I will be among friends I’ve never met. And sometimes, those are the best ones of all. Until tomorrow, Diane, it’s me, signing off.” 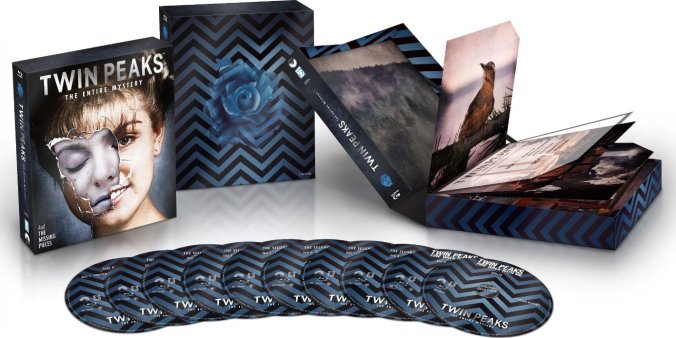 Happy release of Twin Peaks: The Entire Mystery and The Missing Pieces day! Like so many of you, I’ve waited decades to see the scenes cut from Twin Peaks: Fire Walk With Me, and having watched them over the weekend for Rue Morgue Magazine, I can tell you that you won’t be let down by what David Lynch has compiled.

I’ll let you know when the review is published; in the meantime, here’s my friend Kimym Robertson unboxing the brand new Blu-ray set!

The official Wrapped In Plastic: Twin Peaks promo post card just arrived…in the mail (see what I did there?)

Thanks to Crissy, Troy and Erin at ECW Press for making these. You can pre-order the book now at ecwpress.com/twinpeaks.

“There were a lot of dark moments making that show, where I had to go sit in a corner and just think about what I had to do.” – Ray Wise to Andy Burns, February 2014 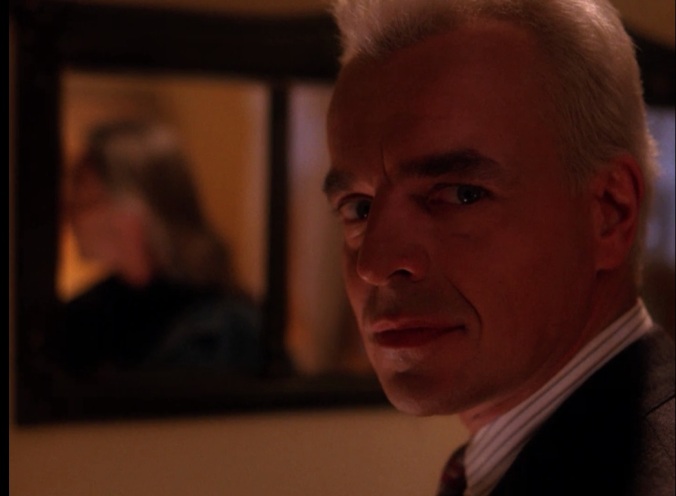 Hi there and welcome to Wrapped In Plastic: Twin Peaks, the site for my forthcoming book on the series, to be published in February 2015 by ECW Press. My plan for this particular site is to share updates as we head towards publication. This being my first book, it’s been an interesting trip seeing it come to fruition, and I plan on including info on the whole process here. I’ll also be updating the site with transcripts of the various interviews I conducted with Twin Peaks alum for both Wrapped In Plastic: Twin Peaks, and the cover story I did for Rue Morgue magazine in March 2014. The article turned out very well and hopefully fandom enjoyed it, but, unsurprisingly, there’s lots of content that couldn’t make it into the finished article and sidebars. This will be the place to find them.

Coming up first, though, is my trip to North Bend for the Twin Peaks Fest. I’m psyched to be going and seeing the sites, and also meeting all the other fans that are making the trek as well. I’ll be sharing my travels both here and with the folks at Rue Morgue as well, so be sure to check in for those updates at the end of the month. Until then, see you in the sycamore trees!